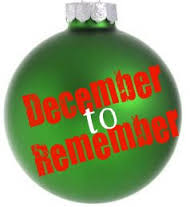 Quote of the Day: “Christmas is not as much about opening our presents as opening our hearts.” – Janice Maeditere 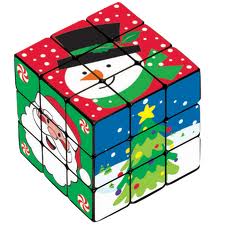 Wow! It was Christmas time and there was so much buzzing around. For us at Kupendeza, it was indeed a ‘December to Remember’. The month took off with the 1-day workshop we had with 17 beauty contestants of Queen Nigeria on the 3rd. The topic was Team Building, Confidence & Problem-Solving Skills Using Traditional & Contemporary Tools as. There we used the ‘Ayo’ Game and the Rubik’s Cube as traditional and contemporary tools used in critical thinking and problem solving. We attempted doing justice to the topic despite the short time allotted (by the way, we need to do this more often).

Though it was a first experience for us all in the team, but after the initial nervousness, we sailed smoothly on with the contestants clamouring for more, but we had to stick to the allotted time 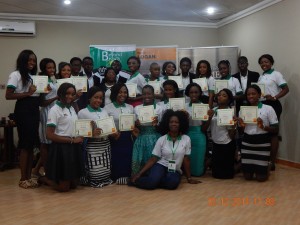 Next we birthed at Kemson Schools International, Ikoyi (I’ll henceforth refer to it as Kemson). Before I talk about what transpired there, let me give you a brief gist about Kemson. Kemson is tucked away in the heart of Ikoyi, Reeve Road, off Glover Road to be precise. It comprises of a Creche, a Nursery and a Primary School. When you look at it from outside, you will not know how big the school is neither will you imagine the number of smart and highly cerebral pupils the school quietly churns out yearly. We suggested the idea of the school having a Rubik’s Cubing Club to the proprietress, and she agreed after several months of presentation after presentation.

After she agreed to having us set up the Cubing Club, I panicked. My fear was borne out of our experience in some other schools. But the students surprised us with their level of intelligence. The first 3 weeks (which we basically spend introducing our participants to the Rubik’s Cube getting them to be familiar with the cube) was like what takes place in every other school.

However, from the 4th week, we started noticing pupils who were solving the 1st layer of the Rubik’s cube! Not only were they solving, they were also assisting in putting those who did not fully understand the basic concept of the Rubik’s cube. They wowed us with their team-spirit, patience and problem solving skills. Usually, we see students focusing on themselves, but this is not the case at Kemson! This inspired us to conduct a mini ‘Smartkids’ Rubik’s Cubing Competition’ (the first school this term). Akindele (a seven-year old, grade 2 student) won in 1.52s. Great minds start young you would say. Congratulations Akindele!!! We look forward to you breaking bounds, and becoming an Achiever and a Leader, qualities you are already exhibiting 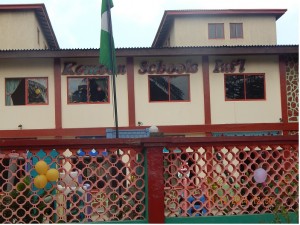 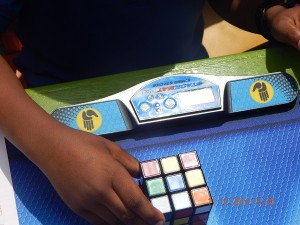 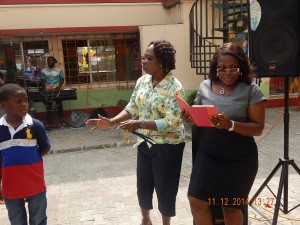 Next our train (in partnership with Junior Achievement Nigeria JAN) moved to 3 different schools in Lagos State where we had a Workshop tagged “One-Day Experience With The Rubik’s Cube. We moved from Corona School, Gbagada, to Community Primary School, Abijo, and finally Amville School, Ilupeju.

It was indeed an exciting, fun-filled time for our team as well as the students. The eagerness in the eyes of all the pupils was something that I just cannot erase from my memory. They were all very receptive and requested for more. We look forward to going back to these schools next term and subsequent terms, and also having more schools join the train of smart kids having fun and sharpening their intellect, learning critical thinking and problem solving while solving the Rubik’s cube.

We finally rounded up the year training interested mums, dads and of course kids the art of solving the Rubik’s cube at the Freedom Park, Lagos.

How about you? How was it? Do share your experience with us.
Till then, all of us at Kupendeza wish you a wonderful and prosperous New Year.
Have fun cubing!!
#ExperienceTheCube

Dear Friend in the “Blogosphere”,

We are what we repeatedly do. Excellence, then, is not an act, but a habit.
-Aristotle

Trust you are doing great. This topic is about achievement,  and an opportunity on pursuing your dream of going to a world-class college with full or partial scholarship within Africa.

First we have the story of Oloruntoba Ogunfolaji who has emerged the best scholar in the 2013 May/June West African Senior School Certificate Examination (WASSCE).
He was honoured by the leadership of the West African Examinations Council (WAEC) together with two females, Ifeoluwapo Fasola and Maureen Anyanwu, both of who are natives of Oyo and Imo states in Nigeria, respectively on Thursday in Minna, Niger State, Nigeria.

For posting outstanding results, the trio received the WAEC’s prestigious National Distinction and Merit Awards. They scored A1 in all their subjects.
However, Ogunfolaji is considered the overall best candidate having scored a total grade of 666.6525 in eight subjects, including English Language and Mathematics.

By the feat, the young man becomes the current holder of the esteemed award instituted by the council in 1984 to encourage academic excellence. Read More: http://www.punchng.com/education/19-year-old-emerges-wassce-best-pupil/

Have you ever heard of African Leadership Academy (ALA)? ALA seeks to enable lasting peace and prosperity in Africa by developing and connecting the continent’s future leaders. It is located in Honeydew, Johannesburg, South Africa. Read More: http://www.africanleadershipacademy.org/

ALU,  founded by Fred Swaniker, the co-founder of ALA, is an expansion of ALA’s vision, and will now make it possible for thousands more students from Africa to gain access to world-class tertiary education and career placement with the leading organizations in Africa and around the world. It is located in ALU is said to be building Africa’s ‘Ivy League’, and for the inaugural students, they have the privilege of getting FULL SCHOLARSHIP. Are you young? Are you willing to step out of the status quo into something far more transformational? Why not seize this opportunity and apply now! Read More: http://www.alueducation.com/
Credits: Google