Quote:  Desire is the key to motivation, but it’s determination and commitment to an unrelenting pursuit of your goal – a commitment to excellence – that will enable you to attain the success you seek. – Mario Andretti 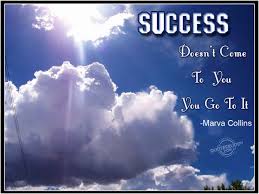 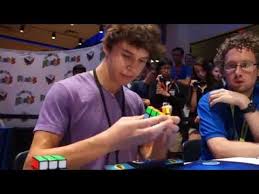 The Rubik’s Cube has puzzled the minds of millions of people for decades, with most people getting frustrated before coming close to finishing the game. This is not the case for Collin Burns who has participated in 31 World Cube Association (WCA) competitions since 2010, travelling all over the U.S.A. for one competition or the other. He has displayed the attributes of the Rubik’s Cube by being focused, persevering through several storms that he must have weathered, thinking through the Algorithms to apply when holding a cube at each competition, but above all, aiming to conquer the world. 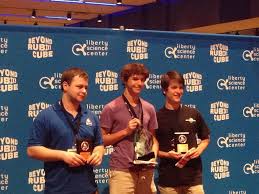 If one views his competition profile https://www.worldcubeassociation.org/results/p.php?i=2010BURN01, one can easily see that success did not come to him in a day, he built his records gradually, not getting discouraged when his performance was not good enough, but rather being hopeful that the next one will be better. He broke into a huge smile as he saw his accomplishment, which was 0.3 seconds faster than the previous world record of 5.55 seconds, set by Mats Valk of Netherlands. It was indeed an emotion-charged moment for all the other participants when they realised a new world record has been set. https://www.youtube.com/watch?v=Tmgm5j9dNfA

We at Kupendeza Concerns are excited about this new world record, and we congratulate Collin Burns on this mind-boggling achievement. We look forward to him coming to Nigeria to share his experience with the teeming Nigerian cubing community.

Watch this space for the next WCA competition taking place in Nigeria soon!!!
Till the next post,
Have fun Cubing!!!